How will climate change affect birds breeding in the Arctic?

We were interested to know what might happen to the bird species that migrate to breed in the Arctic under coming climate change. Millions of birds fly north to breed in the fertile and light filled Arctic summers and then return south to avoid the harsh Arctic winter. Some of these migrations are truely incredible, many species completely dissolve their digestive organs to save weight while migrating, and others fly for days directly across the Pacific Ocean!

But as the Arctic warms there will be less and less space that is cool enough to fulfil the habitat requirements for these birds (and all Arctic species). How will this affect them, and could it affect the migratory routes they follow?

We picked the 24 shorebird species that breed exclusively in the High Arctic to study to answer these questions. 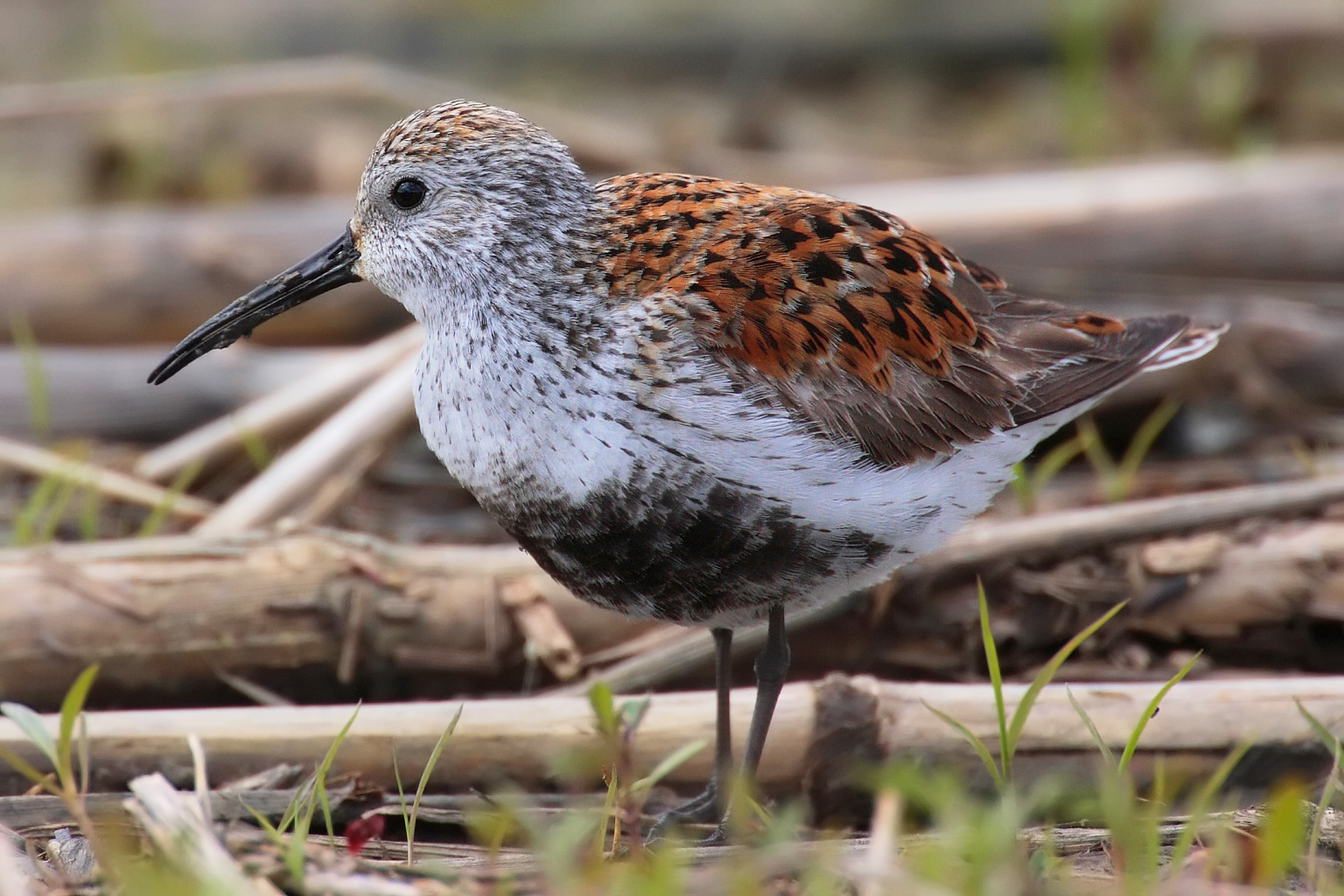 We determined the combination of climatic conditions where each species currently breeds, and looked at where these conditions could be distributed in the Arctic at two points, 6000 years ago and in 2070. We wanted to looked at what their distributions might have been 6000 years ago, as this was at a time called the Mid-Holocene Climatic Optimum, where the Earth’s temperature was slightly warmer than it is are today. As such, it’s a good reference point to see how species respond to mild warming. More than that, we know that some species experienced genetic bottlenecks around this time (meaning something happened to reduce the populations to very small sizes). So if we know that even this mild warming affected species, by comparing how drastic the difference is between that warming period and projected future warming periods, we can have an idea of how bad the impact of future climate change may be.

So how much habitat do the birds lose? Let’s look at the percentage of habitat remaining relative to the present in the past and future:

In the Mid-Holocene, most birds lost some habitat, but none by more than 50% of current habitat amounts. And genetic data tells us that even this amount of habitat loss had big effects for populations. But when we look forward to 2070, species are losing a lot more habitat. Most species have less than 50% of current habitat remaining, and a few have less than 5% remaining - they have nowhere left to live. This is even more extreme in a “business as usual” scenario where we don’t curb emissions. It’s worth noting that I did this work a few years ago now, and it’s looking like these climate projections are very optimistic. So reality is likely to be even worse.

And this could have big impacts on where these species migrate around the world, because the habitat loss isn’t consistent across the Arctic. These maps show where the habitat is located, the darker the colour, the more species live there. You can see it’s pretty well distributed around the Arctic currently, but by far the biggest lossess in the future are from Russia and Alaska.

Will we see migratory species almost disappear from these parts of the world? It’s possible. This work points to how essential it is that we keep fighting to reduce emissions as soon as possible, and ensure that we do everything we can to reduce other threats to these birds to give them the best chance of continuing their amazing migrations.

You can read more about this work here, or the full paper here.